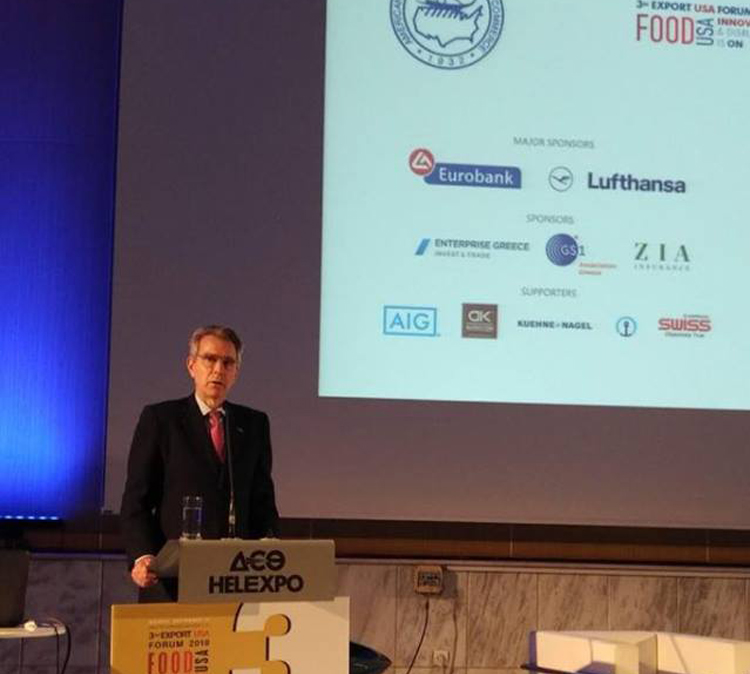 Let me again begin by congratulating the Hellenic American Chamber on what I think is going to be remembered as a real landmark in the U.S. Greece relationship: this year of Greece and the United States and the role of the United States as honored country.

I’m terribly proud of the very strong presence of American companies that we have in this part of the American Pavilion, but I’m especially pleased also by the very strong message that Secretary of Commerce Ross conveyed in his remarks on Saturday night when he underlined American support for Greek economic recovery, the strategic stake that we have in seeing that 2018 really is the year when Greece returns to economic growth and moves forward.

The United States wants to be a preferred partner as that process unfolds, we have the most dynamic economy in the world today, and we have companies represented at the American Pavilion that are eager to work with their Greek counterparts to grow opportunities on both sides of the Atlantic recognizing, I think, ever more every day that Greece is important not just on its own terms but also as a gateway to the wider region of the Western Balkans and South Eastern Europe.

And as a partner that is well positioned to help both of our economies move forward. It’s good news as Secretary Ross underlined that our trade and investment relationship is a balanced one, Greek exports to the United States are growing, American exports to Greece are growing, but we can also do a lot better. And that depends a lot on those of you in this room and we at the Embassy and the U.S. government look forward to working with you in support of that [inaudible]. Efharisto poly [Thank you very much].