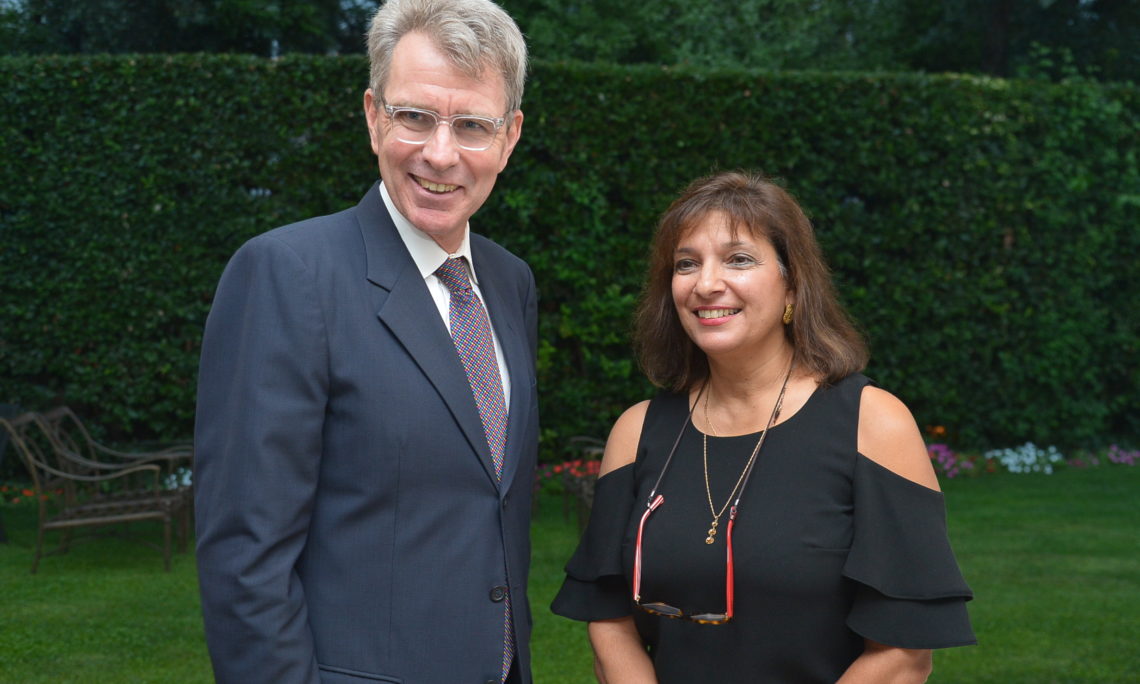 Congrats to the Greek chef Kochilas Diane on the launch of her new show “My Greek Table” airing on PBS starting October 6. U.S. Ambassador Geoffrey Pyatt and his wife Mary hosted her, along with an amazing group of Greek food bloggers, chefs, winemakers, entrepreneurs, tourism and government officials, for a sneak preview of the first episode: a tribute to the Kalamata olive. We hope her delicious new take on Greek food, presented in a uniquely New York style, will introduce more Americans to all that Greece has to offer!