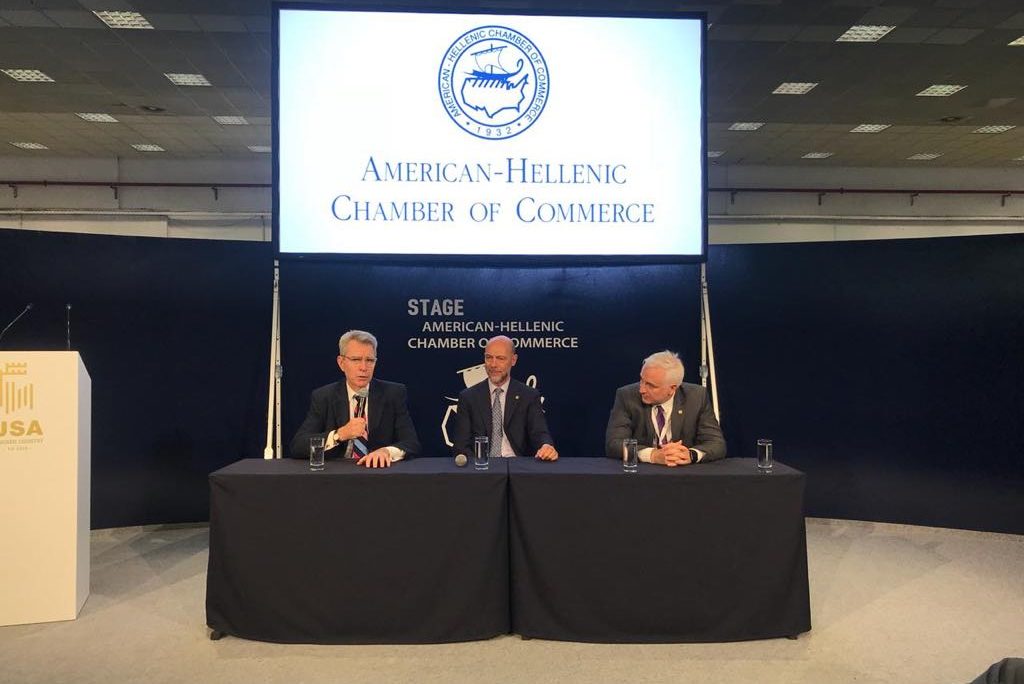 Probably any time since the 1960s and certainly in the case of the U.S. government, this is the biggest [inaudible] that we’ve had in Northern Greece going back to probably the Marshall Plan years.

We’ve tried to highlight the broad spectrum of U.S. engagement in Greece, and especially in Northern Greece. Obviously economic commercial investment is an important part of that. But also a big focus on our defense and security ties, emblematic of which was the presence of the USS Mount Whitney here in Thessaloniki this week. But also the people to people ties and all the programs that we’ve done on education and building the relationships between our two countries.

We very much see TIF not as the end state, but as the launching pad to the next stage of our work with Greece, and we’re very, very grateful to all of the American companies that did us so proud here.

I know for a fact, because I’ve seen their faces, Prime Minister Tsipras, leader of the Opposition Mitsotakis, and all of the other senior Greek political leaders who came into this pavilion were amazed and surprised. They did not expect something so substantial, and I think that’s a testimony to how seriously the U.S. government from the White House on down has taken this opportunity.

So we very much look forward to building on it. We’re going to keep working along all these lines of effort. I will travel with AmCham to Washington in October for the AUSA conference with a defense focus. Many of us will be back here in Thessaloniki for the Thessaloniki Summit in November. So we’re going to keep pounding away on this effort. We want to do so, as [Simons] said, in a way that is supportive of what you in the private sector, the business community, would want to see us do.