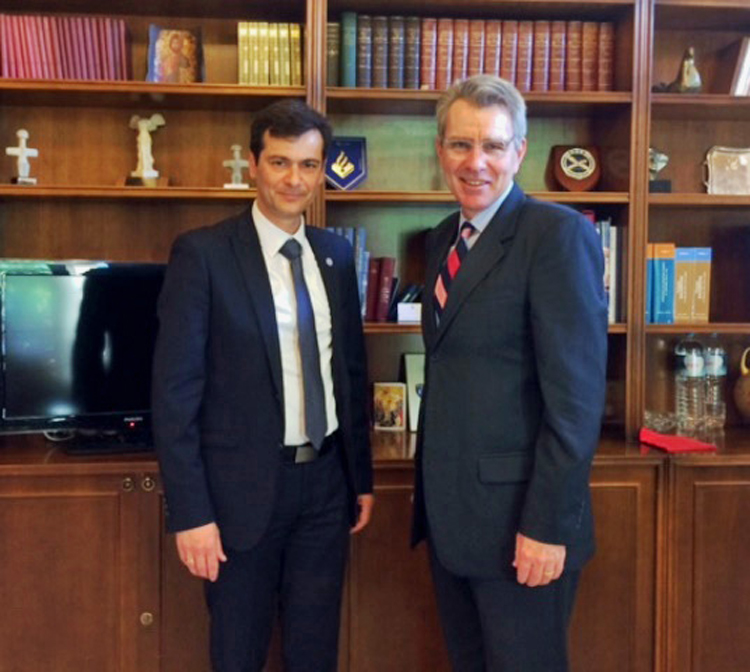 Athens (May 5, 2017) – U.S. Ambassador Geoffrey Pyatt is visiting the island of Chios.  Ambassador Pyatt met today, May 5, with Mayor Vournous, Regional Governor Kalogirou, the Metropolitan of Chios, and Members of Parliament.  He also met with the warden for American citizens on the island.  He expressed appreciation for the generosity of spirit residents have shown since the start of the refugee crisis, and reiterated a U.S. commitment to continue its work to address the underlying causes.  He promised to continue building the people-to-people relationships that strengthen ties between Chios and the United States.

He visited the Ark of the World Children’s Village and praised the generosity of volunteers and donors who support the organization.  He thanked the organization, in particular, for its role in hosting unaccompanied minors and Ukrainian children from the war-torn city of Mariupol.  The U.S. Embassy has partnered with Ark of the World on various programs over the past several years.

Ambassador Pyatt was briefed on migration issues on the island, and listened to residents’ concerns.  The United States is the number one donor to UNHCR – donating more than $1.49 billion in 2016.  In fiscal year 2017, the United States also donated directly to NGOs addressing the needs of migrants and refugees in this region – $41.5 million to the UNHCR Europe Crisis Response, $2 million to the International Federation of the Red Cross in Greece, and $800,000 to ICRC in Greece.

Today Ambassador Pyatt will also speak with students from the University of the Aegean at the Maria Tsakos Foundation, and will tour Chios’ Masticha Museum and meet with masticha producers to learn about current trends and challenges in production of this important export crop.