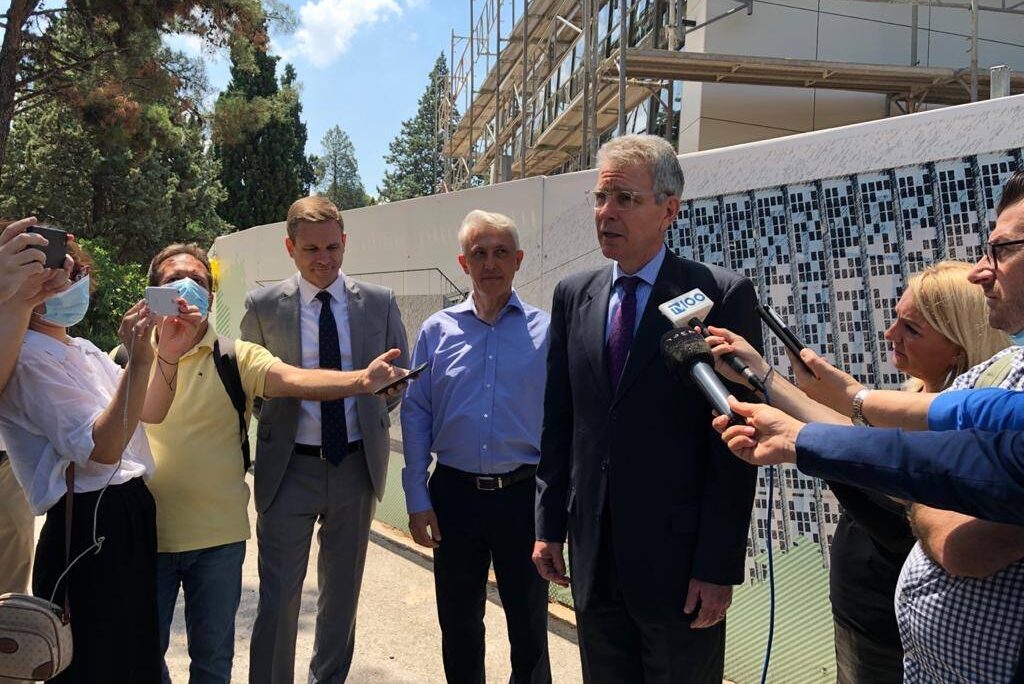 Καλημέρα.  First of all, thank you to everybody for coming out this morning, and especially thank you to Panos and our hosts at Anatolia College.  Anatolia is one of the real treasures of the U.S.-Greece relationship over the years, and I’m very excited about how this center is helping to take that relationship into the high-technology future.  The U.S. government, the people of the United States, through our Agency for International Development, have committed almost a half a million dollars to the construction of this new building, which will be a state-of-the-art center for education in science, technology, engineering, and mathematics.  These are areas where the U.S. Embassy has made great investments over the years with training, with mentoring, with startup competitions.

But what’s really exciting is how Thessaloniki is now emerging as a significant hub in these areas.  We started this process in 2018 at the Thessaloniki International Fair with the support of the previous government and Minister Pappas, and now we are accelerating that partnership.  And we see in Thessaloniki American investors making significant commitments to their technology footprint in Greece.  I was at the Pfizer artificial intelligence hub earlier today, and I was at Cisco’s technology center yesterday.  This fits also with significant news by big U.S. companies like Microsoft acquiring SoftoMotive in Athens and Applied Materials acquiring Think Silicon in Patras.

One of the challenges for these American companies is to identify the young talents, the human capital that they want to hire, and that’s where Anatolia comes in, and we will partner with Anatolia College in also working on the downstream side of this, which is incentivizing young people to make the commitment to become proficient in science and technology so that Greece has the kind of workforce that it needs to compete in the 21st century.  I know this is a priority for Prime Minister Mitsotakis.  It’s also a priority for Minister of Education Kerameus, and I will see her next week and will share with her how impressed I am by this center.  And as I said, we couldn’t do it without our partnership with Panos and the whole team here at Anatolia, so thank you very much, and συγχαρητήρια to everybody involved.

Journalist: And you said that you will return as a common citizen in real life when it will be ready.

No, I will return as Ambassador when it’s ready! [laughter] As I remarked yesterday, a lot of this progress that I talked about began at the start of Greg’s tenure as our Consul General.  We are very sorry to lose him later this month, but I will be back in Thessaloniki after the summer to help introduce our next Consul General, Liz Lee, who’s a very respected foreign service officer, and I will count on Xeni and Ioanna and the team at the Consulate to make sure that Anatolia is one of her very first stops.  Panos and I will conspire on that.  So, thank you.